At this moment, februrary 5 2020, beta version is closed for downloading. The game will take approximately one to two months of development and then will be released as a full version. Keep in touch with the game updates by follow the game on itch! Or..
Wishlist on Steam: https://store.steampowered.com/widget/600200/

Smintheus is puzzle game where you craft gadgets to overcome obstacles, fight enemies, manipulate environment and various creatures while being chased by crazy but powerful cat whose life purpose is to capture you and kick your butt for no good reason.

Game is a hybrid of classical puzzle, adventure with RPG and survival elements including experimental twists inspired by various PC games of 90s.

You play as Gerald the mouse, a young craftsman who was forced to leave his home village due to danger emanating from the local dweller, Lanky the cat. Gerald and Lanky used to be friends, but something happened that completely changed Lanky. The cat simply became obsessed with destroying the poor mouse without giving any explanations for his hateful desire. With failed attempts to fight the cat there was nothing left to do for Gerald but to run away for his life.

PS: you can give me thumbnail pic if you want
Reply
Henrik Chukhran4 years ago (1 edit)

This is incredibly outstanding!!! Thank you very much for your dedication and effort, Coconut Mousse :)
You're my personal hero and inspiration source! :D

It's well played and good video, I've put it into game description. I'll write devlog article and talk about it pretty soon, as well as do a little promotion on social media.

So, how was the experience overall? Any suggestions, recommendations or complaints? What did you like most and what didn't in the game? Were the puzzles difficult?

PS: You kinda missed decent portion of level when you kited that cat on level 6. It introduced pistols and one very witty puzzle that involves combo-crafting.  Although the way you skipped the cat was great :) Didn't thought of alternative solution like that.

Again, thank you very much!!!

thanks for you compliments and the promotion :D really appreciate that

sometimes the water didnt really visible and cactus sting me a lot but its still visible :D the way you give the blueprint is really great, it just keep coming and we didnt know what to do with it.

i dont really have suggestion right now but i can still help you if you release the other version. the puzzle is difficult but i like puzzle so its not something to complain :D

well i really like the graphic as it remind me of crashland and BGM is perfect for this game. the difficulity of puzzle is fine with me(maybe its really hard for people that dont really do puzzle). the worst thing that happen to me is when you got that boot, i can hardly control the character overall this is a great game

bug: the cat wont catch you if the cat is behind you (i get this bug on wishing well level)

btw is the cockcroach walking in random track? maybe it will be a little but harder for a beginner to avoid them

this my channel goal : to help indie dev like you and other if you have them contact me

told me when the alpha released, i will gladly to help again

Thanks for the feedback, Coconut Mousse :)

The roach has a pattern, it's a bit tricky to figure it out so it gives a "random movement" feeling. The creature is very fragile and can be easily killed, to compensate that it just has that kind of "random" behavior.  Sort of superpower :D

I got all bugs and inconveniences fixed at the moment. No idea how to deal with boot. I assumed you played with keyboard or joystick? There are no problems guiding player with boots on via mouse clicks.

Actually I'm finishing the game but I won't mind a little pre-release test. You're doing pretty valuable job for the indies - these days it's much harder for all of us to get through despite how difficult gamedev already is and contributions such as yours greatly helps all of us. Keep up the good work! :)

good luck on releasing the game :D wish for the best

yep, im using keyboard. ask me if you need any help. i'll always help if i can

As promised,  I wrote a devlog post and mentioned your video in it. Your video had some impact on the game and it's not just bug fixes or other inconveniences but  things like I've added possibility to turn boot on and off (of course, if player has perk for it) and other little things.

Thanks for the video, Coconut Mousse

Looks like you had the downloaded months ago. I see that a lot of helpful new gameplay features were absent and some old bugs are present  but nevertheless, should've taken the latest version :)

I'm surprised to see how relatively well you dealt with controls. You'd be best player so far of all I've seen. Thanks again, I learned something from that. It would be nice though to see more of gameplay, especially starting from level 5 where gadget crafting is involved.

Have a great weekend!

yep. i dont even remember when i downloaded it anymore :D.

hehe thanks for the compliment. if you like, i can show you the full gameplay next time with update version

Your next level is 5 which introduces crafting mechanics as well as tool usage (which is one of main flavors of the game) and there are 3 levels after. Should be a 30 minute session. It would be very educational to watch such video and it will definitely be a material for further improvements.

P.S: In case you forgot or missed - check out inventory screen ("tab" key or double mouse click or select on joystick).

i can do that but may i request my video on your page of smintheus after? its okay if you think you cant but i'll still make that video :D

Not sure If I follow this. Do you want the new video to be included in game info page together with screenshots and trailer here?
Don't worry, i'll do a little PR for video here and there.

Woops! Those poor 5 souls who downloaded Smintheus (Windows) recently (around 12:00 GMT on 02.05.2018) at itch - make sure you start new game and reset game speed to "default" in options. I accidentally packed the game with my own progress and options :)

Hey all, Live4G4ming  made video about my game. There is no trailer yet but if you want to see some gameplay footage then go and check this out! :)

a really good one i really enjoyed it

This was so fun to watch man, your style gave me some big laughs :D, great job! I seriously enjoyed your video, wish i could see more of that gameplay ;)

Thank you for being super awesome!

The building mechanic was cool. Never seen that before in a game like this. Wrote a review about Smintheus to tell our fans.

Keep updating the game. It's unique enough to stand out on its own but just needs the right exposure to take off!

Thank you very much for such cheering words and wonderful review.
Now i got the idea how to progress the development further.

Thanks again for being so awesome! ;D

No problem! Let me know when you update the game and I'll update the review also =].

Heya, game looks cool and I'm looking forward to trying it out but it keeps crashing on launch. The error log is as follows:

Hope that helps a bit.
Reply
Henrik Chukhran4 years ago

Hey CoalFire, thanks for giving it a try :)

Yeah, I just discovered this issue recently. You probably have one of Radeon video cards. Current solution is to update drivers and catalyst. Meanwhile i'll try to find the way to avoid it without the need to install drivers.

Haha I recently had to do a reset//reinstall of windows and completely spaced on my video drivers. Thanks so much for the reminder! ^_^

Oh boy... this is so embarrassing :(.
But no problem. I'll try to fix it as soon as possible. I'll leave another reply once the things are done.

Thank you for your time, CoalFire ;)

Allright, i've fixed the problem. Solution is pretty dumb, inherent to most Radeon cards,  but it works
Get the patch "smintheus-beta-patch-radeonfix.rar" from here or re-download the whole game.

Up and running! Nice work! 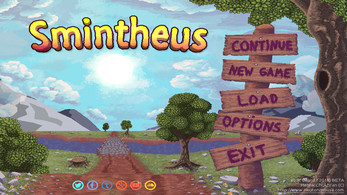 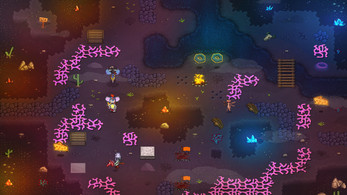 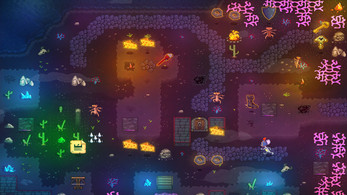 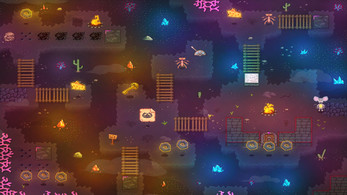 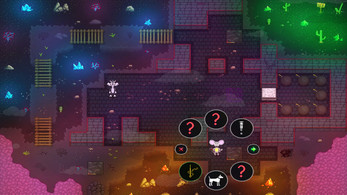 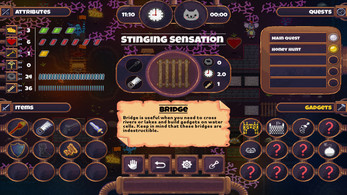 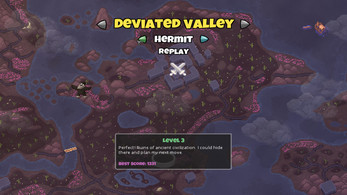 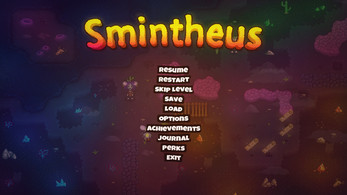 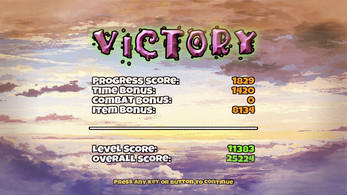